more Go to table of contents

At the foot of the Piz Buin. Vorarlberg’s highest mountain

The Wiesbadener Chalet (2,443 m) is located at the end of the Ochsental in the Silvretta range and serves as a starting point for numerous tours. Apart from the Grosser Litzner, the Piz Linard and the Fluchthörner, the best-known destination with its nearby glaciers is probablyPiz Buin, at 3,312 mVorarlberg’s highest mountain.

In addition to the summer months, the chalet is also open for a few weeks in winter.

Emil: A man of the mountains
Since the summer of 2019, the Upper Pinzgau resident Emil Widmann has been running the Wiesbadener Chalet in the Ochstental. After nine years of being the leaseholder of the Kürsinger Chalet at the foot of the Grossvenediger, he was looking forward to a new challenge in Vorarlberg.

He got into the innkeeping profession through his years as a mountain guide. “Back then, I used to spend a lot of time at the Kürsinger Chalet with my guests. When the chalet was advertised for lease, I made the quick decision to become an innkeeper. Even though I had never thought of it before,” he says with a smile. He is particularly excited about living and working at the foot of such a well-known mountain. “Piz Buin is naturally a dream destination for many mountain climbers – whether in summer or winter.”

His family fully supports him with his job. Two of his five children are too small still, but they also spend the summer at the Wiesbadener Chalet. Emil’s wife is mainly responsible for the organisation and administration of the chalet business.

Traditional cooking
When it comes to cooking, Emil Widmann sticks to traditional home-made food. Home-made Kaiserschmarrn (sugar raisin pancakes) and Kaspressknödel (large cheese and parsley dumplings) are just some of the delicacies that can be found on the menu.

On familiar terms
What Emil appreciates most about being an innkeeper is that he comes into contact with people of every kind. “At the chalet and on the mountain, everyone is on familiar terms with everybody else – regardless of what someone’s professional or financial background may be. That makes it easier to engage in a conversation and everything just flows naturally compared to what it would be like in the valley,” he explains. “But what I like most are the children who can’t wait to romp and play in the great outdoors.”

Due to the current situation the Vermuntbahn is closed from 11th January until 05th February 2021.

We are looking forward to welcome you back at 06th of February 2021 with limited weekend operations.

Thank you for your understanding! 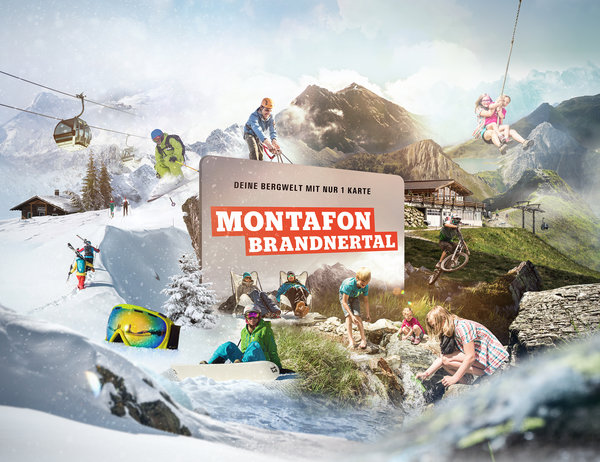 We are happy to provide further assistance

You can reach us via telephone or Email from: